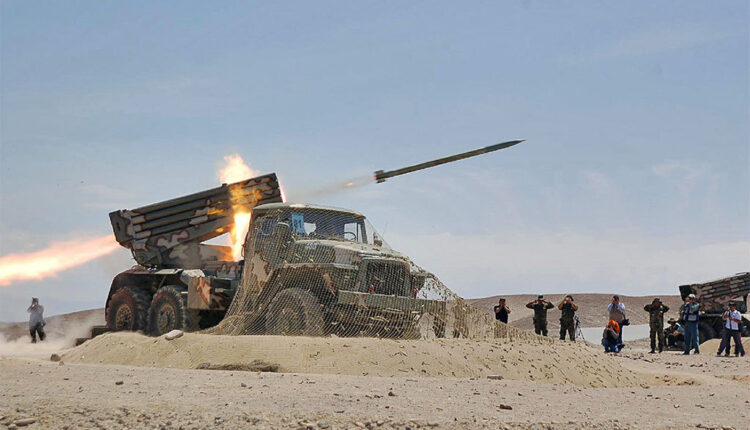 By Faisal A. Roble

Almost 44 years ago, the Western Somali Liberation Front (WSLF), aided and assisted by the Somali National Army, seized Karamardha and most of the Western Somali territory. This historic victory was erased by a massive deployment by the Warsaw Pact in favor of Ethiopia, thereby handing down a setback to Pan-Somali dream, or what David Latin and Said Samatar called dream of  “a nation in search of a state”  (Somalia: Nation in Search of a State, 1987).

How this setback took place and why Neftegna Amhara would like to rewrite history about the war between Somalis and Mengistu Haile Mariam is symbolized by the false narrative created over Karamardha.

Karamardha, a slice of the Gureys mountain range, stands at 9000 feet above sea level. Throwing its imposing weight over the flat terrain of Harooreys and Shabeelay in the east and the prairie wheat farms of Tuliguuleed and Awbare, Kara-mardha is a landmark for the Somali region. The name Karamardha comes from “kara,” or narrow path, and Mardha is an native plant habitat unique to this mountain.

Jigjiga and most of the lowlands would have been inaccessible to Ethiopia had it not been the Karamardha passage. Splitting the range into two halves, Italy constructed a paved gravel  road in the 1940s that ended up connecting Harar to Jijiga. By 1954, most of Haud And Reserved Areas of Western Somalia was illegally annexed by Ethiopia.

In the end, Italy’s infrastructure to colonize Ethiopia ended up helping Ethiopia colonize Haud and Reserved Area. Such a reversal of fortune is as Orwelian as it gets. The Ogaden war in 1977 came only 20 years after that illegal annexation took place. That is to say it is not a distant history.

Growing up in Jigjiga in the 1970s, Karamardha was a weakened getaway and a camping site for the residents of the city. It was also a refuge for lovers running away from the unfriendly eyes of relatives in an otherwise traditional city.

The Dergi’s fear of the nascent Western Somali Liberation Front (WSLF), which by 1976 completed its military training in Qabri Baxa (Lughaya zone) and Agabar, led to converting this pristine natural resource and cultural asset of the Somalis to a military base that remained off limits to local residents. The Dergi was notorious for destroying both human and natural assets of the Somalis.

True to its revolutionary credentials, Somalia trained and supplied these groups with offices, weapons, and travel documents to visit friendly countries. Moreover, the writing and adoption of the Latin script by some of the major Cushitic families is credited to Somalia’s intent to empower many groups under the Ethiopian empire. Today, the Latin script developed in Somalia is used by Cushitic groups who live as far north as Gonder.

During this revolutionary era, Somalis also trained and helped the MPLA of Angola, ANC cadres from South Africa, and Mozambique’s FRELIMO of Samora Machel.

With the Ethiopian empire pregnant with a revolutionary sentiment, the political discourse in the Horn of Africa in the 1970 was dominated by the question of nations, nationalities, and self-determination including and up to secession.  It was an era where oppressed people rose up and showed resolve to uphold their equal rights “by any means necessary.”

Partly responding to these conditions plus a long standing dream to liberate the Western Somali region, WSLF started its first military operations in the summer of 197.  Durwale district in the Fafan zone was the first place where the Front ambushed. Soon after, over 3,000 Somali commandos joined the fighting by shelling the fortified base at Godey. In a short period of time, it was clear the largely militia and demoralized professional units of the Ethiopian armed forces were no match to Somalia’s strong army and WSLF’s mobile and agile teams that new every terrain and tract in the region hastened the demise of the demoralized Ethiopian forces. The speedy defeat of Ethiopian troops came in less than four months.

In the mid-1970s, Somali’s army was considered to be one of the strongest and most professional forces  in Sub-saharan Africa.  With its over 150,000 strong army equipped with T-54/55,  Mengisut’s army was no match to that of Somalia. Also, Somalis had a clear objective to die for, an ingrained value which was a short supply for Ethiopia troops.  In short, Ethiopia was dwarfed by Somalia’s mighty military and clear objective of the war. Western Somali region was entirely liberated.

However, that victory was short-lived. Unable to stop Somalia, Mengistu received historic help from the Warsaw Pact led by the Soviet Union and the former East Germany. Thousands of well armed troops from the Soviet Union, East Germany, Czechoslovakia, Poland, Yamen, and Cuba descended into the Somali region forcing Somalis to abandon the territories they had liberated. Over 1.5 million Somalis were displaced following the involvement of one of the most intrusive super powers of the time – the Warsaw Pact

The Warsaw Pact’s deployment of massive troop build-up in the liberated Somali region was the largest military exercise ever done after World War II. For that reason alone, Somalia had to evacuate its troops before it was attacked. That is to say, Ethiopian troops neither faced or defeated Somali’s national army; Somalia did an orderly evacuation which responded to a brokered international supervision. There was no fighting at all as Somalia evacuated.

Mengistu had to undress himself for the Soviet Union in order to be saved. Whereas Ethiopia was supported by the Soviet Union and its members of the Warsaw Pact, Somalia was abandoned both by the West and the East.

One wonders, therefore, why the West did not come to Somalia’s aid? Simply put, the West did so because of what I call the “Ethiopian myth.” This myth says Ethiopia is the symbol of black Africa. This myth has more circulation outside than inside Ethiopia. This rings a bell with the contemporary #NOMORE movement which lobbied for support of Tigrua genocide.

Cyres Vance Sr. who in 1977 was the Secretary of State and Andrew Young, US ambassador to the UN  established a forceful block, “the Africanist block” within the US diplomatic community. This block argued that if the US sides with Somalia against Ethiopia, leaders of the African continent and the Organization for African Unity (OAU) will disapprove of such a move. These two cabinet members and others recommended to President Jimmy Carter that the US continue shipping weapons to Ethiopia knowing that the Soviet Union was shaking at Arat Kilo.

Even hard core republicans like Henry Kisinger, who otherwise would take a hawkish position on any country that befriends Communist Russia, gave Ethiopia a pass on this one. Because of such politics, the West let the East deploy massive weapons and manpower to help Ethiopia and look the other way. As a result, over 20,000 Cubans, including pilots, tank and heavy Russian armament operators, were fielded to fight in the Ogaden war.  Even Libya and Yemen, two Arab Muslim nations contributed resources and Yemeni soldiers directly took part in the war.

As much as  Abiy’s war in Tigray was/is assisted by Russia, Turkey, China, the United Arab Emirates, Saudi Arabia, and even the US, so was that of Somalia. What Somalis have experienced in 1977 is once again back only this time the unholy interference is in Ethiopia’s civil war.

Somalia’s impressive victory was repulsed not by Ethiopian troops but by the mighty Warsaw Pact. Simply put, there was no fight in Karamardha where Megistu’s forces defeated Somalis. Almost all Somali soldiers were orderly evacuated from the region once the Warsaw Pact notified Somalia, the UN, and the West of its decision..

There was no military operation that enabled Ethiopian forces to retake Karamardha. The only combat that took place in and around Karamardha was when Ethiopian troops were ejected from Jigjiga and Karamardha.

Therefore, the wrangling over Karamardha is a fight over whether to respect the national rights of Somalis and what Karamardha means to them.  There are forces that want to eliminate the small gains Somali secured as a result of their long war for freedom. It is a fight over the rights of who has a say on the designation of cultural monuments in the Somali region.

The number one force that wants to negate the Somali rights is the ultra-right wing Amhara elite, who is waging a war it lost a long time ago. The restructuring of the Ethiopian empire, a heightened national consciousness, and a federal constitution that is nearly impossible to vacate makes a single-story-culture state dominated by Amhara values.

About 27 million strong, Somalis are one of the largest and most prosperous communities in the Horn of Africa. They have roots and strong presence in Somalia, Kenya, Djibouti, and Ethiopia. Their businesses are well established as far down as South Africa. Without Somalis securing their rights, thinking of a secured and integrated Horn of Africa region is a pipe-dream. Where Western Somali region goes, so goes the peace and well-being of the Horn of Africa Region.

Additionally, Somali people make up a nation woven together by religion, language, kinship, and familial blood ties that organically unifies them, despite temporary setbacks. It is also a younger demographic population that is impossible to contain without its consent.(Samatar and Latin, 1987).

Erasing Somali history, therefore, and promoting an alien culture in their own God-given land is an impossible task (Faisal Roble, 2012). It is impossible for the Amhara elite to ever erase Somali culture, be it in Karamardha or elsewhere. Neither Mustafe, Abiy, nor Fano Amhara extremists can deliver to the Amhara elite the Karamardha gift. Karamardha is a sacred site for Somalis not for any military value but for being the site where over 72 elders were slaughtered by the deserting Ethiopian soldiers.

Somalis have never shown cruelty to the Amhara society. Hundreds of them took refuge in Somali regions as far back as the 1940s. Campo Axmaro, for example, was a thriving neighborhood in Mogadishu between the 1940s and 1990 until the civil war destroyed Mogadishu. Campo Axmaro  was a peaceful and thriving neighborhood populated by Amhara and Tigray speaking residents in Mogadishu. As a matter of fact, some of the products of that community hold and always held high offices in the Somali government.

Compare that Somali magnanimity to Gonder’s exclusive culture where  you can’t find 10 Somali families in!

The Amhara elite with its soldiers invaded us, oppressed our people, raped women, and looted our wealth. With all that, they are seeking to rewrite our history in their own image. And that is tantamount to a perpetual conflict. It is almost unattainable in the 21 century where self-identity is the prevailing ideology in multinational countries.

A better alternative is to think rationally and let Somalis decide their own fate, manage their historical sites, and cultural heritages. If not, war in the region is certain and that is not desirable to all.