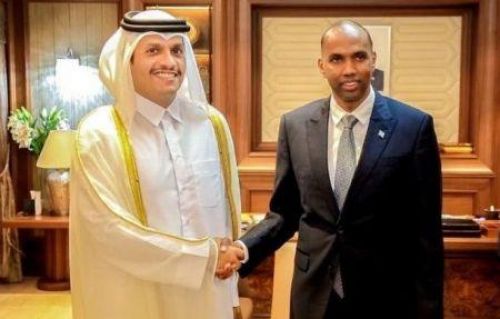 (Ecofin Agency) – Qatar will build a new port in Somalia, in the port city of Hobyo, Maryan Aweis Jama, Somali Minister of Airports and Jassim Saif Ahmed Al Sulaiti, Qatari Minister of Transport, announced this week in a press conference in Mogadishu, the Somali capital.

According to the officials, construction of the new infrastructure is expected to begin soon and be carried out “in accordance with international bases and standards.” Works will be supervised by Qatar Ports Management Company.

While no details have been revealed about the amount invested, the project is part of a strategy to strengthen the links between the two governments. The construction of the new port of Hobyo, near the Strait of Bab-el-Mandeb, which is one of the most important sea crossing points in the world, should enable Qatar to benefit from an important access point to international markets. The country is seeking to diversify its trading partners after a restriction put in place by Saudi Arabia.

The new port “will contribute to opening new horizons of cooperation between the two countries,” and bolster Somalia’s commercial ties to new markets in Africa and further afield, the Qatari authorities also said.