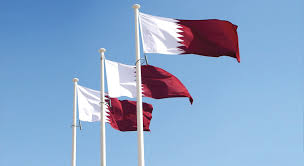 Qatar Ports Management Company (Mwani) will enter an investment partnership with Somalia to construct the port, the Ministry of Transportation and Communications said in a statement without disclosing the value of the deal.

Saudi Arabia and United Arab Emirates, which are locked in a protracted dispute with fellow Gulf Arab state Qatar, have been competing along with Doha’s ally Turkey for a foothold in the Horn of Africa, located on key shipping routes.

The Hobyo port will “will contribute to opening new horizons of cooperation between the two countries” and bolster Somalia’s commercial ties to new markets in Africa and further afield, the ministry’s statement said.

The small but wealthy Gulf state has looked to strengthen ties with Somalia, donating a fleet of 68 armoured vehicles this year and airlifting Mogadishu’s mayor to Doha for emergency medical treatment last month after an ultimately fatal attack by militants.

Somalia refused to take sides after Saudi Arabia and its allies imposed a political, trade and transport boycott on Qatar in mid-2017 over accusations that it supports militants, a charge Doha denies.

Qatar has looked to diversify its trade partners and re-tool its economy since the embargo cut access to neighbours it once relied on heavily.

Somalia’s relations with the UAE have frayed over Emirati investments in the breakaway region of Somaliland. It disbanded a UAE programme last year, set up to train some of its troops.