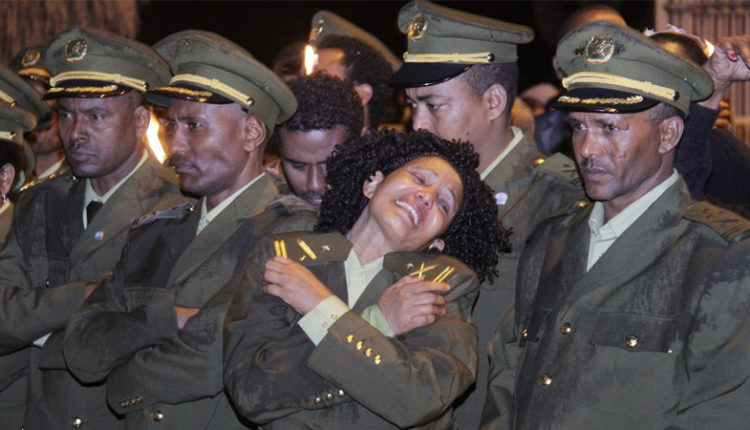 Share
Sources close to the Prime Minister disclosed to ESAT that over 160 army generals and commanders have been let go in a major reform by Abiy Ahmed’s government in the upper echelons of the army that was overwhelmingly dominated by ethnic Tigrayans and members of the Tigray People’s Liberation Front (TPLF).
In a meeting with members of the community in the city of Gondar yesterday, Prime Minister Abiy Ahmed said one of the major works of his government since he took power seven months ago was undertaking major reforms in the army.
PM Abiy said some of the generals were also willing to resign convinced that most departments were dominated by one ethnic group. He said the army is now structured in a way no ethnic group would have complete domination in any department.
The TPLF led regime had appointed Tigrayans in over 90% of top brass positions that led to nepotism, unbridled corruption and anarchy in the Ethiopian army. Officers from other ethnic groups have exposed favoritism and discrimination by the Tigrayan top brass, leading some to quit the army.
Speaking in Gondar, the Prime Minister said the army is now reformed to represent all Ethiopians.
Among a number of reforms he made since taking power in April, the Prime Minister has reshuffled a number of key positions in the government and in the army that was controlled by a Tigrayan oligarchy.
Share FacebookTwitterGoogle+ReddItWhatsAppPinterestEmail