Africa: Cold-War lessons -Ambassador of the Federal Republic of Somalia to the People’s Republic of China 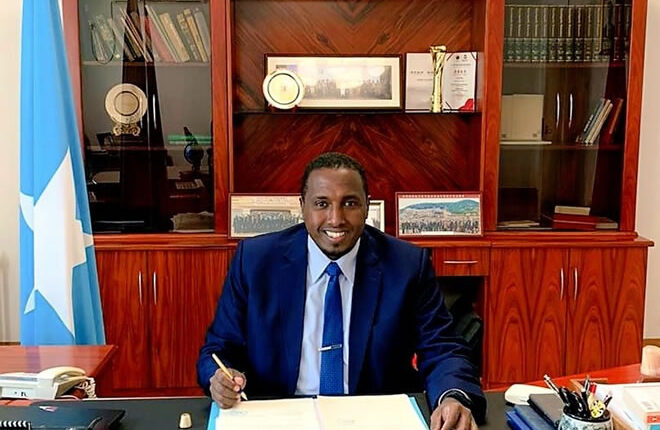 We are moving towards a multipolar world. With competing global powers and increasing regionalism and nationalism, uncertainty is poised to dominate world politics in the coming decade.

As a result, Relations between the reigning superpower and the aspiring one will be thorny. The two interdependent powers US and China, are likely to clash as they increasingly defend their spheres of influence. The Middle East is equally caught up in a cold war, staging proxy wars in neighbouring countries, while Russia and Europe grapple with their evolving roles on the world stage.

With the climate emergency becoming ever more alarming and predicted economic and labour disruptions worldwide, the next decade will present opportunities and increase risks.

In its Decade Forecast, geopolitical intelligence platform Stratfor has predicted a return “to a world with several competing poles of power, both large and small, with less defined and more fluid alliances and partnerships.”

At this time of shifting alliances, there is potential for global unrest and volatility. In moments like these, the African Union gives our continent a framework for bringing nations together. The recently elected African Union Commission will play a key role in fending off challenges and adapting to change in these uncertain times.

Rather than depending on how other nations handle their shifting roles, it is more important than ever for African heads of state to support the African Union Commission and take control of our future.

Rwandan President Paul Kagame is leading reforms that are reaffirming how African nations work together. The African Continental Free Trade Area, launched this January, is hailed as a ‘global game-changer.’ The African Union’s dynamic Agenda 2063 plan sets out ambitious development targets for the continent over the next 40 years. Only through forward-thinking strategies like these and increasing cooperation can Africa face the looming challenges and provide a robust continental response to change.

The Cold War legacy is still keenly felt across Africa, where countries were used to stage proxy wars between the competing ideologies of communism and capitalism in the 20th Century.

Today, US foreign policy focuses on strategic Competition, while China is funding major infrastructure projects across the continent and wielding increasing influence. It creates a fear of history repeating itself, with different protagonists but the same African backdrop.

In his recent Foreign Affairs opinion piece Short of war: How to keep US-Chinese confrontation from ending in calamity, Asia Society president and former Australian prime minister Kevin Rudd discusses the growing tensions between the two world superpowers. He predicts: “The contest between their two countries will enter a decisive phase in the 2020s. This will be the decade of living dangerously.”

While increasingly alarmist headlines refer to a potential cold war between the two nations, repeating the decades of froideur between the US and the USSR that nearly turned hot on multiple occasions, experts are quick to point out that the situation facing China and the US differs significantly.

These two nations are completely interdependent economically, with bilateral trade of around $450-500 billion in 2020. And while China is increasingly competing on the world stage and leveraging its influence, it does not seem intent on exporting its ideology in the same way the USSR was following the Second World War.

In his article There’s no cold war with China, author Zachary Karabell states: “The United States and China are not in a cold war. They are in a bad marriage, with no current option for divorce. That will remain the case for many years to come.”

It is an opinion supported by members of President Joe Biden’s administration in the US. In their 2019 review, Competition without catastrophe: How America can both challenge and coexist with China, Kurt M. Campbell, now President Biden’s Indo-Pacific coordinator, and Jake Sullivan, now Biden’s national security advisor, urge us to consider ‘Cold War lessons, not Cold War logic.’

Unlike the USSR, they say China is a peer competitor, one that is “more formidable economically, more sophisticated diplomatically”. It means the old US strategy of containment and waiting for the country to collapse in on itself will not work today. Instead, the diplomats advocate sustainable deterrence and coexistence with solid agreements in place to avoid an accidental conflict.

While African nations welcome this restraint, we need to present a united front and establish fast-reacting protocols to prevent possible skirmishes between the two superpowers from taking place on African soil as they try to reassert their influence.

China and the US may be able to map out a way to coexist in their ‘bad marriage’, but the same cannot be said for the competing allegiances currently dominating diplomacy in the Middle East. What started as a Gulf Cooperation Council dispute developed into two competing sides has pulled more nations in to support their differing causes. Now, the focus has turned to the neighbouring Horn of Africa, a region long connected to the Middle East through trade and Islam. Following a period of looser ties, these adversaries are once again looking across the Red Sea to peddle influence and jockey for power.

As the Middle East fractures into different competing allegiances, countries could turn to neighbouring African nations to build support and spread influence or take advantage of divisions to create other proxy wars. Only with a strong and united African Union, supported by heads of state, can we avoid being pulled into disputes that only serve the countries using our nations as a theatre for war.

The need for continued reform

While the Covid-19 pandemic has severely impacted our continent, the 2021 African Economic Outlook by the African Development Bank predicts that Africa’s GDP will grow by 3.4 percent in 2021. With the African Union pursuing wide-reaching reforms and dedication to the Agenda 2063 blueprint for creating ‘The Africa We Want,’ our continent is creating opportunities.

He also highlighted areas where progress has stalled – such as in the reform of judicial organs, the Pan-African Parliament, and the commission structure – and encouraged the new Commission to implement the institutional reform mandate by the 2022 African Union Summit next February. It is an ambitious challenge, but one that can be achieved.

With our re-elected African Union Commission Chairperson Moussa Faki Mahamat and the first female deputy chairperson Dr. Monique Nsanzabaganwa, we have an opportunity to continue our pan-Africanism agenda, prioritising continental and regional integration.

The time for a security summit

Looking ahead to the challenges the continent faces, as we continue developing intra-African ties and strengthening our existing structures, it is more important than ever to unite behind Commission with the full support of all African heads of state.

As we look towards future challenges, there has never been a better time to hold a dedicated security summit and set a continent-wide security mandate. Only through clear and wide-reaching conversations can we ensure a robust approach, protecting our nations against threats posed by the emerging multipolar world.

By gathering together leaders, policymakers, and practitioners, we can strengthen our frameworks to respond efficiently to Africa’s conflicts and crises. By establishing how the continent will react to prevent disputes and conflicts – and how we will work towards resolutions where they do occur – we ensure Africa is in a solid position to withstand global instability and thrive as we work towards Agenda 2063.

Through good governance, peace-building, and policies that help us anticipate and dissipate disputes, we can build on the work being carried out by our heads of state and the African Union.

The world is changing, and new challenges will arise as the balance of power shifts between nations. But a strong and united Africa will ensure that global power struggles don’t play out on our soil. Over the coming generation, Africa has the opportunity to do more than just weather the storm. Working together as a region and continent, we can take advantage of growth and development opportunities and make the Pan-African agenda a true success.