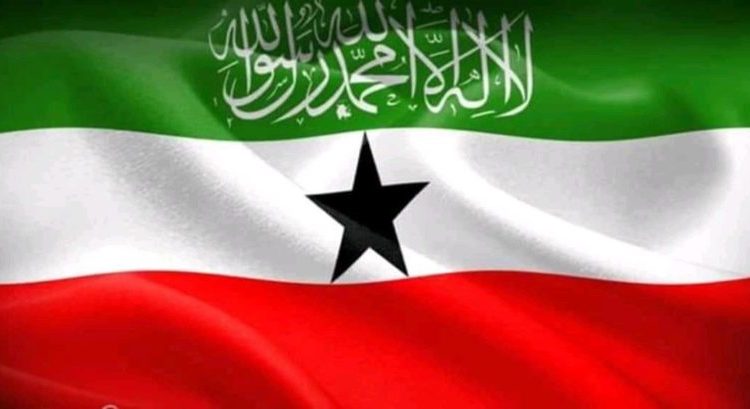 Foremost of all, I congratulate Somaliland government for the recent diplomatic breakthrough in the past 20 days.

Secondly, I strongly believe that well before the year 2010, Somaliland took unprecedented political steps, and a consistent way towards international recognition but unfortunately all those hard earned political achievements has been struck down and led to a decline in the international credibility.

While I understand Somaliland can and have the right to talk to anyone including those countries, like the Egyptians, who previously conducted a gravelly damages to Somaliland politically and economically, then it is going without saying that Somaliland cannot afford to upset their Ethiopian neighbor in anyway or form, Ethiopia has done enough for Somaliland since day one.

Somaliland and Ethiopia share so much interest politically and economically and we don’t under any circumstances try and damage that. The Egyptians has done so much damage to Somaliland politically and economically since 1991 and in Siad Bare time, the Egyptians provided the heavy arms that resulted the demolition of Somaliland people and all the assets that they built in the past 200 years. The Egyptians deported many Somaliland students who were studying in Egypt. I, myself was one of the five navy academy whom the Egyptians deported to Mogadishu jails for protesting against the demolition and genocide of their people.

The only affair or relationship that we can exchange with the Egyptian is full recognition. Nothing less.

Egyptians have long been pursuing to have some control in the Red Sea since early 2010, but now, with some sense of urgency wants to control the Red Sea to retain its strategic dominance since the fall out with Ethiopia over the continued bilateral disagreement on the Great Ethiopian Renaissance Dam (GERD), which Egypt feels would threaten the Blue Nile water flow which they think will damage to Egypt’s livelihood. Egypt has been very active in the region already and has four major naval bases on the Red Sea: Safaga, Hurghada, Berenice, and Suez. Egypt has also maintained four warships in the area of Yemen since 2015, in support of the Saudi-led coalition against the Houthi-led Yemenis

Somaliland people have been protective and needs to be more protective of their vital Geo-strategic relationship and historical friendship with Ethiopia. Somaliland has been a vital ally of Addis Ababa and that needs to be kept

Ethiopia assisted and helped Somaliland to the teeth since SNM time, Ethiopia gave safe haven to all Somaliland’s children, women and old people who were lucky enough to scape the heavy artillery and airplanes bombardment that costed many innocent people.

The UK, Denmark and the Netherlands have approved four agreements with Somaliland to fund infrastructure and boost economic growth.

The biggest project will upgrade the road between the second-largest city, Burao, and the port of Berbera.

It will add 82km of all-weather asphalt, resurface bridges and renew drainage to benefit 50,000 regular road users and boost trade in livestock, agriculture and fish.

Another scheme will improve the supply of water to the people of Hargeisa, Somaliland’s capital city. It will help the Hargeisa Water Agency extract 4,000 extra cubic meters of water a day from the Laasdhure aquifer. This will increase the water available in Hargeisa by more than 20%, which the British embassy says is enough to meet the needs of a 200,000 people.

The money will also pay for a fishing jetty in the port of Maydh to improve trade between Berbera and the 750,000 people living in the hinterland of Sanaag, and help get the fish to markets.

The fourth scheme involves soil conservation and agriculture.
The British Ambassador to Somalia, Ben Fender, said: “These projects will improve the lives of hundreds of thousands of people by creating jobs and unlocking the region’s economic potential.

The National Development Plan has been costed at $2. 1bn between 2017 and 2021, only $81m of which is expected to be supplied by the government of Somaliland.

The schemes are part of the second phase of the Somaliland Development Fund program, called SDF2.

I believe the COKA COLA company and the Berbera UAE DP World recent investments in Somaliland are the eye opener for Somaliland both politically and economically, in which I personally believed in the end paved the way to all the above diplomacy breakthrough for Somaliland

The above mentioned diplomatic succession will undoubtedly and inevitably open many more international opportunities, therefore Somaliland government needs to render a clear plan and a vision and the right people for this to succeed

As Somaliland entered a new era and have an immense task ahead of us, we need to more proactive and have a controlling framework for those above tasks

We need to deliver the right Approach for each task, right development frameworks and Strategic Planning, Very well experienced heavyweight groups or commissions with Strategic thinking for each task plus bringing an outside facilitator international consultant if required

Viva SOMALILAND
We are moving in the right direction