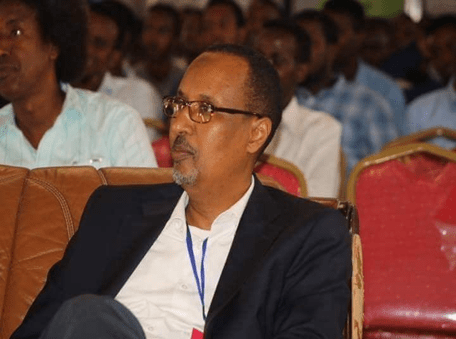 Entrepreneurship is the one of the post-1991 success stories from Somalia. Some economists describe unbridled capitalism as the basis for the entrepreneurial drive that help Somalis cope with state collapse. Certainly the story of entrepreneurship in Somalia is not altogether rosy particularly   twenty nine years after the state collapse in 1991.  One may describe this story as a variation on what European foreigners such as Gerald Hanley  and Richard Burton wrote about Somalis – tenacious and risk-taking among other qualities– but the reality is more complicated than   a mere description or a sweeping remark.

In a 2007 surveyof 41 African countries Somalia ranked 16th in terms number of mobile phone penetration and 11th in the number of internet users. Some 15 companies operate aviation services in Somalia. They use leased aircrafts and employ with foreign personnel for aircraft maintenance.

Money the Somali diaspora sends home has been estimated at $1.5-1.8 billion annually. Hawala companies now provide an ever-growing range of banking services and have invested in other sectors of the economy.  The World Bank calculated that Somalia’s GDP grew from around $1 billion in 1996 to more than $5.5 billion in 2007, with a real growth rate in 2007 of 2.6 %. This is a remarkable but uneven growth in a country that has had governments that were unable to deal political fallouts from state collapse.

Businesses thrive under a rule of law. This is the experience I have gained as a former Golis Telecom CEO and then as a Puntland Minister for Education. The task of restoring the primacy of the law in an environment where politicians are accountable is not solely the enterprise of the political class. The Somali business community is undeniably intertwined with politicians.

There is no available data on business start-ups and ease of doing business in different regions of Somalia. A study   conducted by  Mohamed Hussein Subeyr and Willy Muturi of Jomo Kenyatta University with Puntland State University brings to the light collateral requirements   that prevent small businesses owners from acquiring microfinance. Enforcement of business contracts and the arbitration of business disputes require a reliable rule of law.

“The Somali business community has played an important role in Somalia’s recent troubled history: at some points hindering efforts at reconciliation by ﬁnancing warlords and their militias; at others working with local activists and NGOs seeking to establish peace” writes Lee Cassanelli of University of Pennsylvania.  The considered view of Professor Cassanelli is borne out by facts but is not applicable throughout Somalia. In parts of Somalia where policeman elites have managed to restore a semblance of order businesses’ have metamorphosed into an entity that might undermine the accountability of politicians to the people. A 2016 World Bank report raised the alarm about the possibility of Somaliland legislature becoming beholden to businesses. Although it is specific to Somaliland, the World Bank assessment reflects the accurate picture of businesses in the Somali peninsula. This does not take away from the achievements of businesses to fill the limited role vacated by the government after the overthrow of the military regime.

Somalia has a reached a stage where candid discussion about the role of business is long overdue. Such a discussion can provide the basis for efficient tax system that will strike a balance between the incentive to start a business and the obligation of businesses to contribute to boost government revenues.

The biggest challenge the world faces is climate change. A reliable rule of law, political accountability and business leaders that place common social goals above high returns for shareholder value is what Somalia urgently needs. In a country like Somalia that is still grappling with effects of state collapse the impact unfettered business practices have on society should no longer be ignored. Higher education institutions in Somalia can lead the way to formulate the goals for these excitingly    epochal times in which Somali businesses and the political class find themselves.

Ali Haji Warsame is a former Somalia Presidential Candidate and former Minister of Education in Puntland, and former CEO of Golis Telecommunications Company in Somalia. Warsame holds MBA and is CPA and CGMA.