Twenty-six African countries have so far committed to the establishment of the concept of a Single African Air Transport Market (SAATM), the African Union Commission chairperson has said.

Moussa Faki Mahamat made the disclosure at a fourth ministerial working group on the operationalization of the SAATM. The meeting is taking place in the Togolese capital, Lome.

Some of the countries to have signed the commitment include: Benin, Burkina Faso, Botswana, Cape Verde, Ivory Coast, Egypt, Ethiopia, Gabon and Ghana.

Today, we will launch the single African air transport market. This is a major step for transportation. We are nearly ready to adopt the continental free trade area. 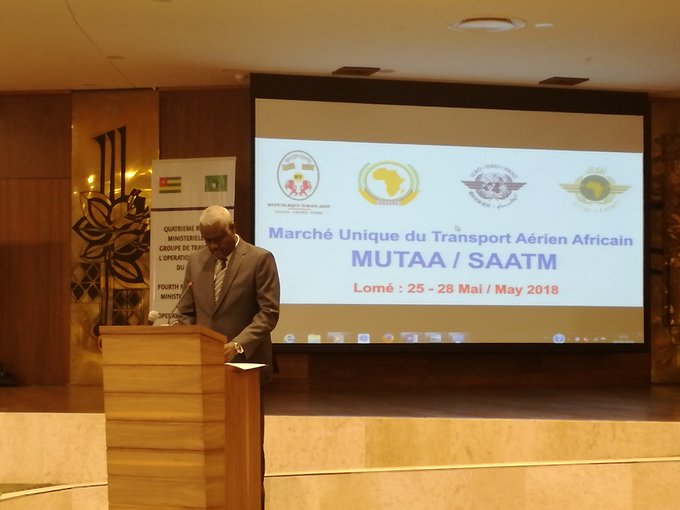 It has been five months since the A.U. officially launched the Single African Air Transport Market (SAATM) in a bid to primarily boost connectivity between African states.

Other considerations of the concept is to reduce fares and stimulate economic growth through air transport and tourism. SAATM forms part of A.U. reform package under the agenda 2063.

It took three decades since conception for the launch to take off in Addis Ababa after the 30th Summit of Heads of States and government summit in January 2018.

In unveiling the plaque back in january, Rwandan president who doubles as current A.U. president stressed the importance of the initiative in better integrating Africa and Africans.

“Today, we will launch the single African air transport market. This is a major step for transportation. We are nearly ready to adopt the continental free trade area,” Kagame said.

By setting this up, African nations hope to imitate and build on the single aviation markets in places like Europe and Latin America. The AU also hopes to encourage cross-border investment and innovation as well as improve business operations and efficiency.