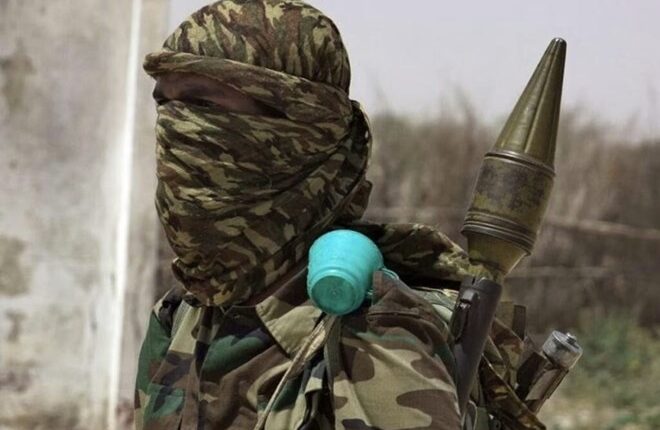 Al-Shabaab structure the Amniyat along the same lines as intelligence agencies:

The Amniyat operates with a central command structure. However, delineated from the central command are its regional commanders and intelligence gathering units, with each unit potentially unaware of the others’ existence. As a result, providing another layer of security to the group’s infrastructure. This delineation serves an important function because it would allow for the Amniyat’s survival even if the main body of Al-Shabaab were to be defeated militarily. Therefore, this allows for the continuation of the Al-Shabaab within Somalia and the wider region.

Like many terrorist organisations, Al-Shabaab commits high resources to the group’s survival. This is where the Amniyat’s operations are vital. It tasked Amniyat operatives with drilling fear into Al-Shabaab’s members by any means necessary. They are an omniscient organisation that is to limit dissent within the group and prevents penetrations by state intelligence organisations, especially Somalia’s NISA. (National Intelligence and Security Agency)

The methods they employ range from imprisonment, assassination and execution of potential moles and those who they believe are not fully loyal to the group’s cause.

In 2018, they executed five members of Al-Shabaab who they accused of spying for both the British and American Intelligence services. It also executes members they believe are supporting other Salafist terror organisations like the Islamic State, whom it does not align with. (Source). These executions happen sporadically, with up to eighteen being executed in one go. Executions follow pressure put on the group by US airstrikes or territorial losses to the FGS and AMISOM. The Amniyat also are adept at using cover to hide their actions and to recruit informers in NISA. They do this by using luxury cars without number plates, in the same fashion that NISA operatives do. (source). Although this does not bring them into direct confrontation with NISA, it allows the Amniyat to recruit government informers that help with the planning of their constant attacks on the Somali capital.

With their ability to recruit local and government officials as informers, the Amniyat certainly fulfils their offensive function to the Al-Shabaab movement. These informants provide information that leads to successful attacks in Mogadishu and the wider African region.

Mohamed Mao, Head of Security at Mogadishu Airport, and Abdessalam Mohamed Hassan, a senior official of the NISA. These are examples of informers that the Amniyat has recruited. The Somalian government subsequently convicted both men of aiding Al-Shabaab in their terrorist attacks. (source) It is highly likely that the Amniyat recruited these men and bribed or threatened them to provide information

One of the most famous Al-Shabaab attacks was the 2013 Westgate Shopping Mall attack in Nairobi, Kenya. This attack led to the death of at least 67 people. Therefore, the complexity of such an attack across the border in a more stable country points to the involvement of the Amniyat. With information likely passed to them via their informer network.

In addition, Adan Garar, the man who was in charge of external operations for the Amniyat planned the Westgate attack in Nairobi. US intelligence believed him to be the mastermind behind the attack.

The Amniyat’s involvement in ‘spectacular’ attacks like that of Westgate are only beaten by the constant suicide bomb attacks in Mogadishu, with some being under 1km from the Presidential Headquarters. Furthermore, these attacks are a monthly occurrence and are provided operational security by Amniyat’s informer network that provides near real-time intelligence. 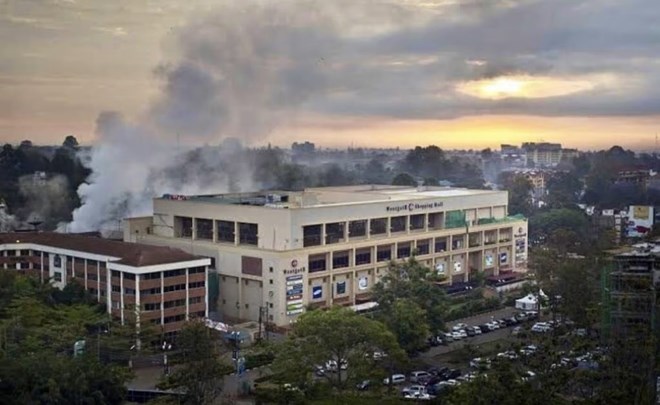 Above all, the Amniyat are renowned for the extreme methods of suppressing dissent and strict interpretation of Sharia law to protect the Al-Shabaab organisation. They offer something to the rural people in territories that they control. That the FGS cannot. Security and predictability. The residents know how they are going to act and their methods. However, their compliance is because of fear of repercussions.

Also, it is the Amniyat handles the finances of Al-Shabaab. They gain most of the finance through the taxation of local businesses. Especially vehicles that transport goods through Al-Shabaab-controlled territory. (source). The people of the largely Al-Shabaab-controlled south of Somalia, pay three taxes. Al-Shabaab’s tax, Islamic State tax and the regular Government tax. As a result, Al-Shabaab brings in $15 million per month in illegal taxes. Even senior Somali military officials had to pay a tax on completing a house build of $3,600. (Source)

The power of the Al-Shabaab financing network and its means of gaining funds is significant. It is estimated that in 2019 the group spent upwards of $21 million on intelligence, security and arms. (Source).

The Amniyat are also responsible for logistical support to the Al-Shabaab network. This is highly likely to have brought them into contact with Iranian Intelligence. As Iran continues to smuggle weapons through Puntland into Yemen, employing the Amniyat logistics network. As a result, support from Iran has been linked to attacks on the US military, Somali force and AU forces.

The Amniyat from 2013 relied on tactics of asymmetrical warfare. Therefore, it relied heavily on a number of guerrilla techniques that allowed them to fight the AMISOM on its terms.

This shift from the traditional jihadi force of 2007-2008 represented a change in tactics. No longer were Al-Shabaab and the Amniyat concerned with holding vast swathes of land but they were employing disruptive techniques aimed at blocking any progress is made for the government, especially in the capital. They also hoped the harassment of AMISOM forces would eventually drive them out of Somalia.

Therefore, this shift in TTP’s by Al-Shabaab would not have been possible without the Amniyat network which it relies heavily upon to carry out its tactical goals.

The Amniyat is chiefly responsible for the acquisition of the equipment used by its own members and the wider military wings of Al-Shabaab. With the group spending close to $21 million per year on arms.

Equipment procured by Amniyat and Al-Shabaab include:

These are all weapons that can be moved quickly and do not require a fixed position. This, therefore, aids in the Amniyat’s and Al-Shabaab’s ability to conduct its asymmetric war.

Despite the control exerted over Al-Shabaab by the Amniyat, they have suffered several setbacks in recent years. These have possibly weakened the organisation. These setbacks include both defections and killings of its members.

Importantly, the biggest loss to the numbers of the Amniyat came in the 2013 purge of nearly 200 members of the Amniyat. This purge was the result of infighting between a top-level member of Al-Shabaab, the leader Godane and other leaders within the group. This may have weakened the group numerically, but it left Godane with a stronger grip on power than he had previously.

Coordinated operations by African Union forces and the US-trained Danab Brigade have led to the killing of senior Amniyat officials, significantly weakening the organisation. The killing of Abdaziz Awoowe in 2020 was a significant blow to the Amniyat and to Al-Shabaab.

It is highly likely that these setbacks will continue for Amniyat. This is because of bounties being placed on the heads of group leaders. Such as the $5 million placed on the high-ranking member of Amniyat, Mahad Karate. The setbacks faced by the Amniyat while significant, do not represent a threat to the continued success of their function to provide intelligence and security to the wider Al-Shabaab organisation. The Amniyat is so deeply rooted in many aspects of the Somali government and local communities that killings and defections will likely only strengthen the group’s grip on power within Al-Shabaab.

Above all. without the Amniyat, it is highly likely that Al-Shabaab would not have evolved into the organisation that it is today because they provide important security and intelligence functions that protect Al-Shabaab from penetration by its enemies and from those who are not loyal to the group’s cause. The Amniyat continue to plot almost daily terrorist attacks in Somalia and the wider region. This success is likely to continue because the resources that are funnelled to the Amniyat organisation, detract from any setbacks that they face