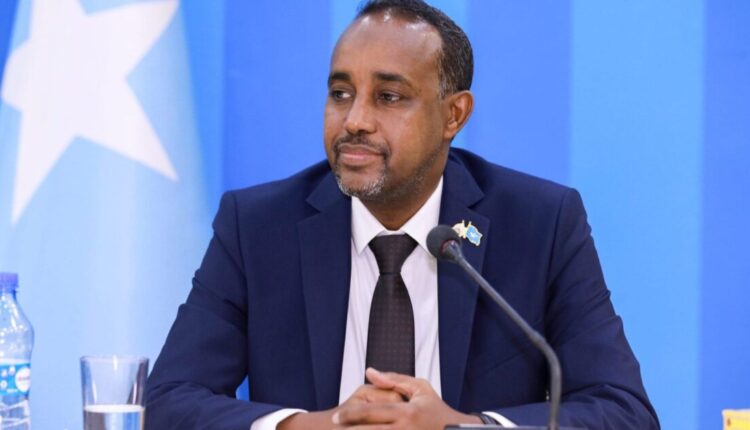 Wardheernews joins millions of Somalis who enthusiastically welcomed the decision of PM Hussein Mohamed Roble of Somalia to nullify a treasonous decision that designated Ogaden National Liberarion Front (ONLF) as a terrorist group in the Horn of Africa. Such a decision was taken by President Mohamed A. Farmajo and his then Prime Minister, Hassan Khayre, at a time when Villa Somalia was closely working with the now defunct EPRDF, a coalition of four regional governments in Ethiopia dominated by TPLF.

Farmajo’s decision followed another spurious and illegal act in which a former Somali war veteran was handed over to the Ethiopian security establishment in 2017. These two actions came on the heels of a genocide that the then Ethiopian regime carried in the Somali region. Although the worst yet under-publicized genocide took place in the Somali region whose goal was to decimate both ONLF and the society for which it stands,  BBC’s hardTalk confronted with facts the role former Prime Minister Haile Mariam played.

Abiy deserves credit to have released Colonel Qalbdhax and reach a historic peace agreement with ONLF in 2018. However, his tendency to undermine that peace by subjugating ONLF to the infinitesimal whims of Mustefe Omar undermines his earlier positive deed. Equally unforgivable is Abiy’s decision to empower and possibly designated the butcher of Somalis, Haile Mariam Desaliegn, as the chairman of the soon-to-be established national mediation committee.

Roble is bold and correct to turn pages and exonerate both ONLF and colonel Qalbodhagx as icons for a legitimate Somali cause. We also take a minute to give a distinguished citation to Gamel Hassan, Minister for Planning and external cooperation, for his stern stance to side with the Prime Minister’s position. Equally, we thank all those decent cabinet members who voted for the correct path and respected the people of Western Somali for whose cause ONLF stands for.

We condemn by the strongest term the lone negative and un-Somali voice of Abdirahman Bayle, who proved with his parai vote as untrustworthy. This action he took is not consistent with his fake patriotic poem.

Since Farmajo handed over Qalbidhax to the Ethiopian army and coerced his cabinet to designate ONLF a terrorist group, Wardheernews has been vigilant on the side of the great Somali cause. With that history, we like millions of Somalis stand by Prime Minister Roble’s correct and historic decision.