Rabbis from across the religious spectrum are joined by faith minister Lord Younger, as the community rallies rounds its Muslim neighbours to inaugurate its new centre

A new London base for the Somali Bravanese Welfare Association was officially opened last night in the presence of local Jews who have supported the community since the arson attack on its former centre six years ago.

Rabbis from across the religious spectrum were among the first to offer support to their neighbours in the wake of the 2013 assault, with Finchley Reform Synagogue hosting Ramadan prayers and annual iftar celebrations following an idea from Citizens UK.

Community members also provided free legal support and were at the forefront of a campaign for the new centre.

The minister – standing in for Communities Secretary Robert Jenrick who was unable to attend due to Brexit business in the House – said the entire country still finds the attack “profoundly shocking” and insisted that no stone go unturned to find the perpetrators who are yet to be brought to justice.

But he said the “selfless” support of local faith communities and others in the efforts to rebuild were a shining example to the country. Saying he had been “moved” by a video produced by Jewish News telling the story of the last six years, he added: “This government will find shoulder to shoulder in facing down hatred and in interfaith cooperation.”

“Mazeltov means well done and good luck and what better word to say to you tonight,” she told the 150-strong gathering that including a number of local councillors who had supported the community. “It was one idiot that creates this situation but a whole community who said we can create a new chapter from here.” 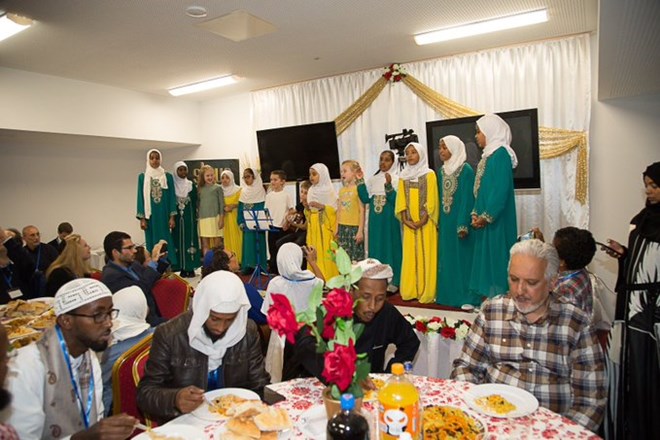 Former Barnet police commander Adrian Asher recalled how the attack in the days after the murder of Lee Rigby could have been the “spark” for widespread troubles in the capital. The fact it wasn’t had nothing to do with the police, he said, but rather was down to the fact local communities refused to be torn apart. “It was an extraordinary few days,” he added.

Guests were entertained by children of the Somali Bravanese community and FRS singing ‘saalam, shalom’ together. Board of Deputies President Marie van der Zyl said: “Despite so many similarities between our faiths so often there is a divide between our communities. It’s so important to bridge that divide.

“What a fantastic example of cohesion this centre offers. Talking is not enough. Acts of solidarity are what we need if we’re going to create a more cohesive society.” 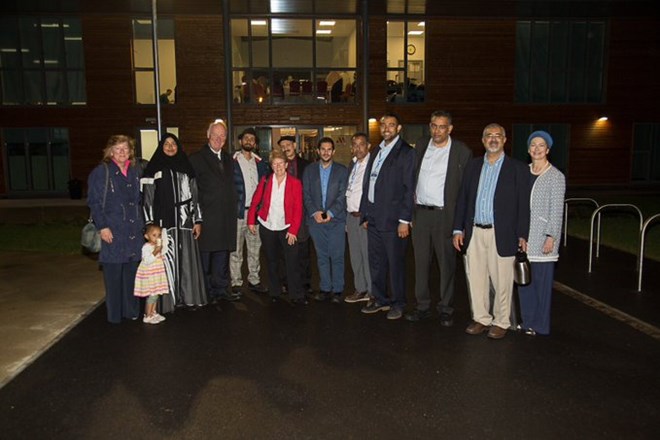 Interfaith leaders after the reopening of the centre

Former Barnet Council leader Richard Cornelius, who was thanked for helping to bring about the new centre, joked that he’d “never been bounced into spending £1m so easily” following a campaign for funding for the new centre. He said the building is a symbol that something “even better” can come out of tragedy.

London Mayor Sadiq Khan said: “I’ve been to the synagogue who opened their doors during the month of Ramadan and allowed the congregation to pray their Ramadan prayers. The rabbi is amazing, she opened her doors.”

“The power of that is important because it meant those Muslims who may have pre-judged for unfair reasons their Jewish neighbours got to see the openness friendliness and the fraternity of the Jewish community.”

“I saw, and I’ve been there a few times, the friendship that’s developed between north London Muslims and the Jewish community in north London, and that friendship is now stronger and it will go forward, and I think another example of London being a beacon to the rest of the world.”

“I remember going to iftars in the synagogue where the local rabbi Laura opened her doors to Muslims and others and we made the point during those iftars that where else in the world would you have an example of the Jewish community working so closely with the Muslim community? I just wish other cities around the world would learn some of the lessons from our city.” 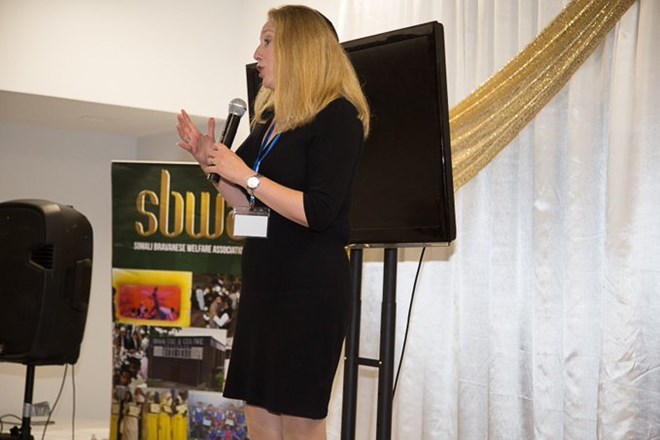 “It’s a good example of the interfaith work that takes place in our city, a good example of the power of solidarity and fraternity when not just Abrahamic faiths come together but those of all different backgrounds. It’s a badge of pride for those of us who are Londoners that at the time of the awful fire the Jewish community stepped up, put out a hand of friendship and demonstrated not just the best of Judaism but also in my view the best of London.”

The event was compered by SBWA director Asmaa Ali, and also addressed by its chair Abubakar Ali.