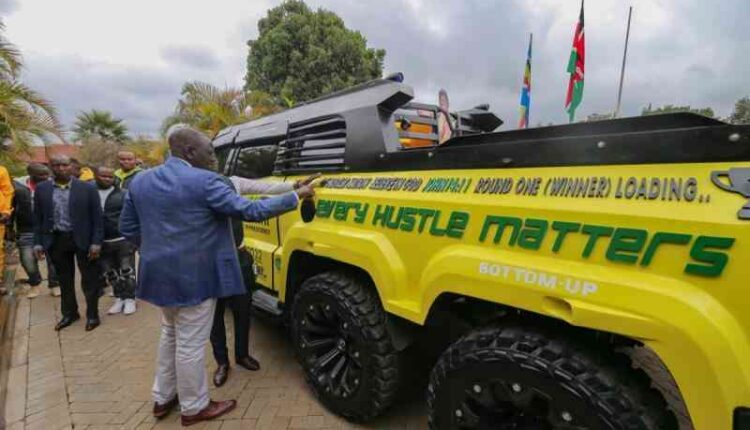 Days to the August 9 General Election, politicians are unleashing all kinds of campaign gears not only to withstand the movement but also convince the voters in style.

But what has been the talk of town is a six-wheeler truck that was gifted to the Deputy President to use on his presidential campaigns.

And now, Standard Entertainment has been told the design process of the vehicle and some of its features.

“The truck was imported from Dubai and the branding was done in Kenya, among other final touches,” Patrick Nderitu, Managing Director of Pimp My Ride told The Nairobian.

“The whole preparation for the vehicle took one year. That was when it was completed and everyone started talking about it. We had to plan it in advance so that the end result can be of high quality.”

After it was handed over to the Deputy President, some Kenyans estimated the vehicle to be worth Sh100 million. 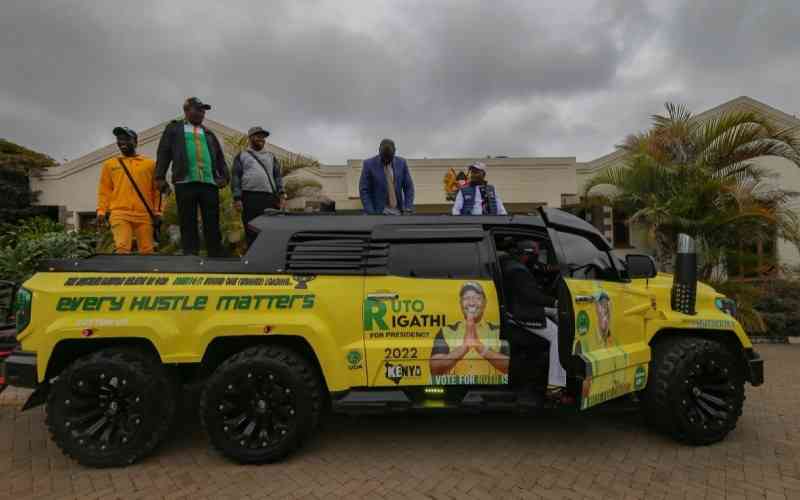 Asked about the cost, Nderitu responded, “Yes the value is between Sh80 million and Sh100 million.”

The truck has a swanky interior with a red carpet. There is a podium in case the DP needs to address rallies on the go.

Like a Lamborghini, the truck’s front doors are automated and hinged at the rear rather than the front. Inside, the truck has a fridge and charging ports.

“It also has two sunroofs, a VIP protection area and can go on any kind of terrain. The vehicle can clock 200km per hour,” Nderitu said.

“I donated the vehicle to the Deputy President unconditionally because I felt he needs it in the final stretch of his campaigns.”

When he received the vehicle on July 16, Ruto shared, “Indeed every hustle matters. Pimp My Ride: Creativity at its best. Thank you for your contribution to the Hustler Nation Campaign.”

That afternoon, he used the truck to campaign at Lang’ata’s Undugu Grounds, Nairobi County. 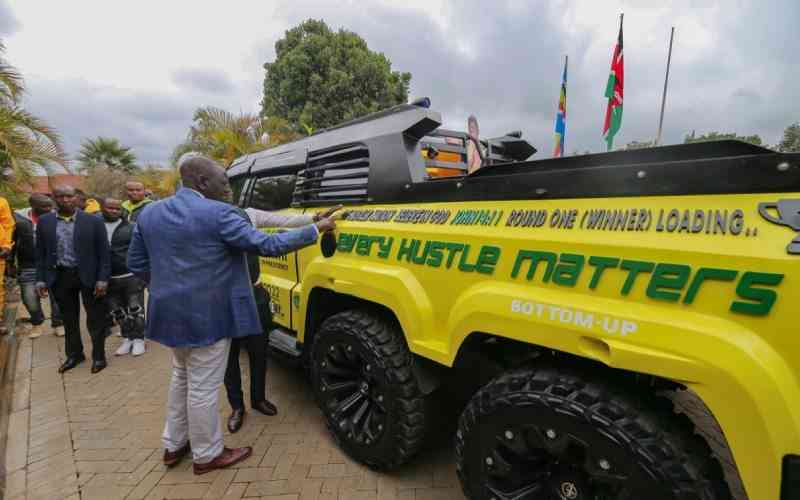