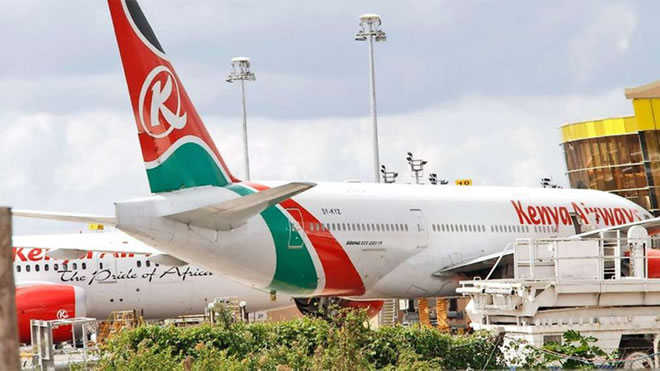 The European Union Aviation Safety Agency (EASA) has revoked a licence it had granted Kenya Airways (KQ) to maintain UK-registered aircraft after it failed a compliance audit.

The Kenyan national carrier said the agency withdrew the licence because, during the certification audit, the agency requested that KQ separates some of its general storage and have a temperature control device in compliance with European standards.

The EASA is a certification and regulatory body that covers airlines that operate in Europe and those that want to do maintenance for European registered carriers.

It conducts certification, regulation and standardisation and also performs investigation and monitoring.

“As you may know we are in the tropics and our manuals do not require us to have temperature controls such as those in Europe where there are extremes,” KQ director for technical Gilbert Bett told the Business Daily on Friday.

“We are, however, working on compliance.”

Kenya Airways had applied for the EASA certification (EASA Part 145 requirements for a Part 145 Maintenance) as part of strategic growth for maintenance, repair and operations (MRO) as well as the prospect to service and maintain European registered aircraft.

The EASA is one of the certifying bodies KQ works with. The national carrier’s primary regulator is the Kenya Civil Aviation Authority (KCAA).

KQ has always complied with the EASA and all certification requirements by other regulatory and certifying organisations.

“Compliance is our licence to operate. This is why we worked with EASA. It forms part of our MRO to service and maintain European-registered carriers.”

Revocation of the licence will deny KQ revenue in plane maintenance for European Union-registered airlines.

The carrier said it did not have any aircraft under maintenance that requires EASA certification.

The carrier has been diversifying into new revenue streams to shore up its earnings, which stood at Sh70.22 billion in the year ended December, partly lifted by alternative sources such as air charter services.

For instance, in 2021, the national carrier reached a deal with the lessors to only pay when they fly leased aircraft following the grounding of its services on the back of Covid-19, which saw planes remain idle.

The plan saw the carrier save $45 million (Ksh4.7 billion) in fees after it changed the lease terms on its aircraft fleet, opting for hourly rates in place of fixed costs.

However, two lessors in April opposed their new payment terms, a move that saw them ground their planes at Jomo Kenyatta International Airport in Nairobi.

The carrier narrowed its net loss for the year ended December by 56.58 percent on higher revenue as travel picked up with the easing of Covid-19 restrictions.