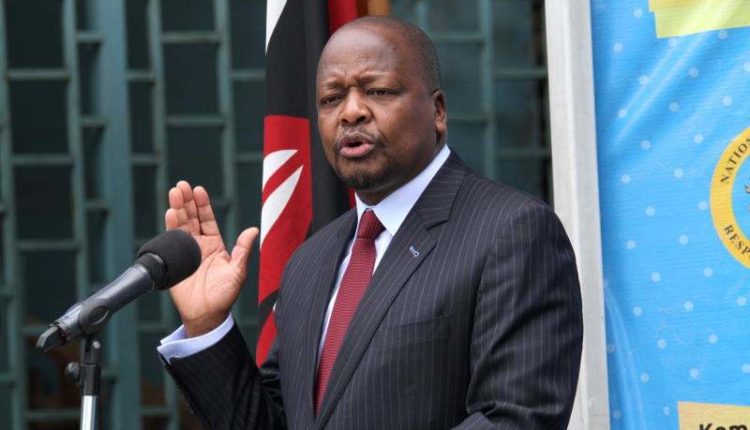 Doctors led by officials of the Kenya Medical Practitioners, Pharmacists and Dentists Union (KMPDU) on Monday warned Health CS Mutahi Kagwe that they will not be intimidated by threats as the nationwide strike started.

Speaking in Kisii County where they had gone to attend the burial of Dr Stephen Mogusu, a doctor who succumbed to Covid-19 complications, KMPDU Secretary-General Dr Chibanzi Mwachonda said it is painful to see doctors lose lives in the line of duty.

“He embodied the average Kenyan doctor. Most of the doctors you know in this country come from very average families.

“We understand what it means for a son to go to school for seven years and just when the parents want to reap the benefits the flower is plucked from the family. It is painful,” he said.

“No health services are being delivered in many hospitals…those who have boycotted duties should resume work or face the sack,” said Kagwe over the weekend.

Mwachonda maintained that doctors will not endanger their lives to undertake a ‘suicide mission’ and no amount of money will bring back a lost doctor.

“No amount of threats will make us go to work. Court orders will not stop doctors from dying and neither will they reduce infections among us.

“We will not engage in hazardous environments. We will not engage without assurances of our treatment and compensation to young families that most doctors have. There is no point in training doctors and not employing them,” he asserted.

The country now faces complete paralysis of health services, as doctors will also be joining nurses and clinical officers starting today, to push for better working conditions and enhanced allowances, among other issues.

Doctors had suspended their strike for 14 days to allow for more talks, but on Saturday, they announced resumption of the strike today.

Clinicians and nurses began their strike on December 7 and have been in and out of a series of meetings since.

Yesterday, officials of the Kenya Union of Clinical Officers (Kuco) and Kenya National Union of Nurses (Knun) said they were called to the Ministry of Labour offices for an impromptu meeting for a possible return-to-work formula deal, but none of the government officials was present.