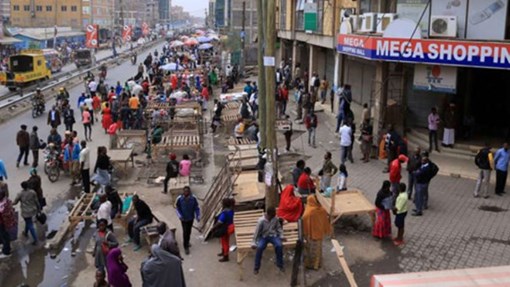 NAIROBI (HOL) – A Somali businessman in Nairobi’s Eastleigh area which is predominantly occupied by Somalis has died of COVID19 after he was admitted at a city hospital.

Sources told HOL the ‘elderly man’ succumbed to the disease after being admitted at Avenue hospital.

The man identified as Ahmed Mohamed Ibrahim had been sick in his house in Eastleigh for two weeks before he was taken to hospital.

According to the source, the deceased had arrived in the country ‘just before the dusk to dawn curfew came to effect in Kenya.

It was not immediately clear how many people the deceased came into contact with but as earlier warned by HOL, Eastleigh area remains a serious hotspot for the spread of COVID19 given overcrowding.

So far, 8 people have died of COVID19 in Kenya with 191 cases reported.