KENYA’S SLEEPING FAIRYTALES, GUESS WHO SHOULD THINK AHEAD 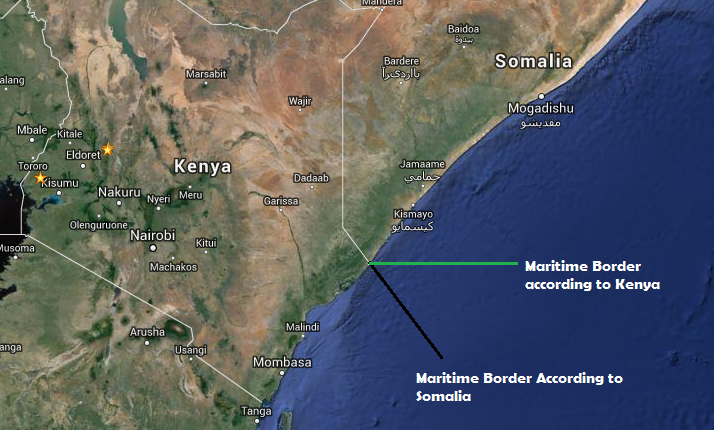 Fears that Kenya may go down in an embarrassing setback on the maritime dispute with Somalia are steadily becoming rampant among the country’s elites, media outlets and their talking-heads. Relying on conspiracy theories and fairytales are therefore the remaining options, for now, to fight it out until the last chapter of this conflict: Refuse the court’s decision and seek a veto power to deny any UN resolution enforcing the ruling.

The Standard newspaper, along with some other local outlets, has recently shared frequent conspiracy theories and improbable concoctions, seemingly to rationalize measures that Kenya plans to carry out next whence the expected binding court decision unveils the country’s defeat on the maritime litigation. These measures may include serving as an attractive platform for adversaries and opposing groups to further weaken the Federal Government, or to balkanize Somalia.

The main source of these unnecessary conspiracy theories was an alleged document leaked by the authority for unknown reasons. Some of the fabricated stories were from the Standard newspaper and some of its contributors including a Kenyan history scholar. The International Court of Justice (ICJ) and Somalia were, as expected, on the receiving end. Kenya and the international courts seemingly cannot get along well.

In these conspiracy theories, Kenya authorities—through a document in the papers’ possession— argued that Somalia played the race card by opting for a Eurocentric court to resolve the maritime dispute with her “Siamese twin”, Kenya. The papers also shared Kenya’s argument of how Somalia became an inert instrument through which Europe, with no specific country-name mentioned, can steal Kenya’s offshore resources.

There is no evidence supporting such claims nor did Kenya present reliable facts to validate such allegations, accept that Somalia, according to the document, favored the ICJ arbitration over the regional and the African dispute resolutions. While none of these claims are real, the race card claim was a real mind-bender. There is neither rhyme nor reason that Somalia, an African nation, can play a race card in favor of Europe against another African nation. That is pure nonsense.

Some of the conspiracy theories were from a history and international relations professor at the United States International University (USIU) in Nairobi, Kenya. Professor Macharia Munene is known for his smear campaign against Somalia, the ICJ and Europe. He recently directed one of his allegations at the ICJ president, Judge Abdulqawi Ahmed Yusuf. He tried to imply that judge Yusuf was deliberately elevated to the highest office of the court to subjugate Kenya to a “Eurocentric” legal system.

Judge Yusuf is a long-serving Somali lawyer, a legal advisor for UNESCO and a judge who is one among 15 other elected judges of the court. He is not a delegate of the Federal Republic of Somalia, nor of that of any other state sponsored systems including the “Eurocentric” legal system. There is no need to assume that he is part of this maritime dispute. He is an independent judge who exercises his power neutrally.

The papers and their contributors who are involved in these conspiracy theories could have argued different, more supportive ways to back their nations’ claim of the maritime. However, they chose to mislead the public in order to explain why Kenya is unsuccessful in this process and must consider different strategies. The papers’ platforms were open for anyone who could suggest any thing to discredit the different bodies involved in the court processes, Somalia in particular. There was no need for such disingenuous presumptions.

The anger towards the ICJ court has a well-documented account. Kenya protested the ICJ’s authority of the maritime dispute and requested for the court to adjudge and announce that the case is not within the court’s jurisdiction. The court rejected Kenya’s initial objection to the acceptability of Somalia’s application.

Kenya and Somalia accepted the required jurisdiction of the ICJ court and filed their respective declarations with the Secretary General of the United Nations decades ago. Somalia accepted the court’s compulsory jurisdiction in 1963, followed by Kenya in 1965. However, while both nations are expected to respect the internationally sanctioned laws to resolve their transnational and regional disputes, the ICJ ruling on the current dispute may, in fact, not be carried out.

All indications are that, while Somalia is ready to accept the courts’ decision, Kenya will likely reject any settlement of this maritime dispute in favor of Somalia’s position. Somalia may then ask the United Nations Security Council (UNSC) to intervene. The UNSC is the only UN body which can put in force the implementation of the court’s ruling, but that is if the council’s veto powers are committed to do so.

Whatever the outcome may be, Somalia will likely come out pleased from this conflict so much so that Somalia will never give up an inch of her territorial water. It is a matter of sovereignty for a nation that has already suffered from a vicious colonial past where more than one third of the country was already ceded to the neighboring countries which, yet again, are keen to seize more land.

As for Kenya, relying on conspiracy theories is her clear choice to contend, for the time being, until the court’s ruling is obtained. Then, for sure, Kenya will reject the court’s decision and seek her last option: a veto power that denies any UN resolution putting into effect the ICJ ruling. It is up to Somali government to think ahead and wisely come up with an effective countermeasure. Good diplomacy can be one.