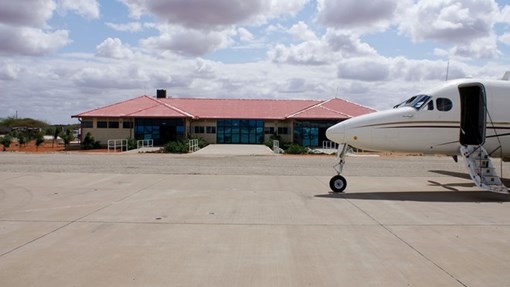 Mogadishu (HOL) – The government of Kenya has reimposed a mandatory security check in Wajir for all flights leaving the Somali capital, according to a Notices to the Airman (NOTAM) released today by the Kenya Civil Aviation Authority.

The NOTAM reads: “All flights from Mogadishu, Somalia must route via Wajir for security checks before proceeding to their final destinations”.

This NOTAM will expire August 9, 2019, unless renewed by KCAA.

The directive comes despite criticism from airline operators flying between the two cities, who termed the checks as unnecessary.

The Wajir security stop over – introduced by then President Mwai Kibaki in 2006 – is conducted by Kenya Police and Kenya Airforce and involves passengers disembarking from the plane and going through immigration and customs while all luggage is removed and scanned.

Somalia and Kenya reached an agreement in March 2017 to resume direct flights between the two capitals after almost a decade of transiting through Wajir.

A Notice to Airmen (NOTAM) is a notice filed with an aviation authority to alert aircraft pilots of potential hazards along a flight route or at a location that could affect the safety of the flight.

The Wajir Airport – which relied heavily on planes for Mogadishu for revenue – has told Kenya’s Daily Nation newspaper that it was losing KSh2 million (USD$19,753) monthly after the direct flights between Mogadishu and Nairobi was reestablished.

Africa: Cold-War lessons -Ambassador of the Federal Republic of Somalia to the…

Africa: Cold-War lessons -Ambassador of the Federal Republic of Somalia to the…