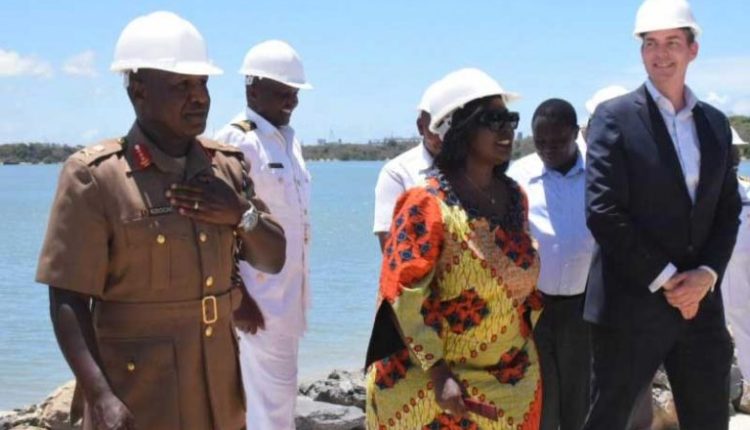 Construction work of what is billed to be East African Coast’s largest military shipyard has started in Mombasa.

Defence Cabinet Secretary Raychelle Omamo termed the project a game-changer for the maritime industry, saying it was timely as it is being implemented at a time the government is keen on harnessing the blue economy potential.

“I have full confidence in what Damen (contractor) will undertake and I hope they will keep to the timelines to have the project ready by 2021,”  the CS said during the launch at the Kenya Navy Base Mtongwe Dockyard-Mkunguni.

Damen Director for Africa Ronald Maat said apart from carrying out vessel repairs, the facility will also have capacity to build new vessels on order.

Is Kenya seeking out-of-court settlement on spat with Somalia?