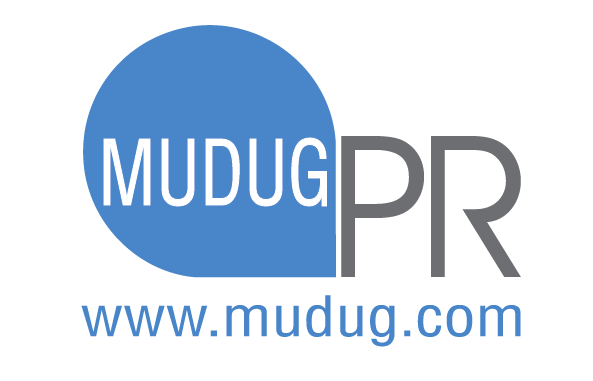 President Uhuru Kenyatta will find Chinese officials keenly studying his every move as he lands in Beijing for the Heads of State Summit of the Forum on China-Africa Cooperation (FOCAC) just days after meeting US President Donald Trump in the US capital.

It has already been confirmed by the Chinese Ambassador in Nairobi, Sun Baohong, that President Kenyatta’s trip to China will include a one-on-one sitting with host President Xi Jinping.

In the interim, Chinese officials have been scrambling to decipher the timing and significance of his Washington trip.

Chinese antennae were raised when President Kenyatta accepted an invitation to meet President Trump shortly before departure for a Beijing parley that had long been on the programme.

He flew west to the US last weekend, meeting President Trump at the White House on Monday and holding separate meetings with potential US investors before flying back home. Barely getting a rest, he hopped on an eastward flight to China.

It would probably have been easier for the president to head directly for China by continuing a westbound route from the US, but he had to be in Nairobi to receive visiting British Prime Minister Theresa May on her maiden trip to Africa.

As President Kenyatta was in the US, international channels on Chinese State television were interrupting blanket build-up programmes on the FOCAC Summit with extensive coverage of his American trip. Apart from the basic news coverage, a lot of time was spent on analysis, looking at the trip as a revival of US interest in Kenya, and Africa in general, against the backdrop growing Chinese influence.

Foreign policy and Africa experts from both Chinese and American institutions were trotted out on screen to digest President Kenyatta’s White House visit. They churned out a lot of data to illustrate how China is rapidly overhauling the US, and the rest of the west, as Africa’s premier trade partner.

The analysis highlighted major Chinese infrastructural and development support projects on the continent, depicting Africa and China as natural allies, both being in “developing” regions. It was clear that Chinese officialdom was looking with concern at Mr Kenyatta’s American trip and was preparing responses in the event Washington and capitals of former colonial powers such as London and Paris moved aggressively to regain past primacy in Africa.

All that was happening at a time China was hosting large groups of African journalists on extensive tours aimed at building bridges and creating understanding, under the auspices of the China International Publishing Group Training Centre

The Kenyan team of 21 on a three-week tour flew out in the wake of a series of negative media reports on Chinese presence in Kenya. Most recent were reports on alleged racism and discrimination in running of the Standard Gauge Railway; persistent queries about the cost and viability of President Kenyatta showcase development project; concerns about Kenya’s mushrooming debt exposure partly attributed to China-funded projects; and a growing number of Chinese settling down to run small businesses in Nairobi and other towns.

There have been similar concerns about Chinese activity in many other Africa countries, so it might not have been surprising that at the same time in Beijing were other media delegations from Uganda, Ghana, Sudan, Democratic Republic of Congo and many other countries, some scheduled to stay on for the FOCAC Summit between September 3 and 4.

The build-up to FOCAC included interviews by China Global Television Network (CGTN), China’s answer to CNN, BBC and Al Jazeera, with a host of Beijing-bound African leaders focusing on their respective countries and Chinese development support.

One clip replayed over and over again was when President Kenyatta — interviewed by CGTN’s Beatrice Marshall just before his departure for the US — implicitly criticised President Trump’s protectionist trade policies.

Chinese officials were clearly excited by President Kenyatta’s position, interpreting it as backing for a global campaign to portray their country as the champion of free trade, globalisation, international agreements and environmental protection.

While China would not expect the newfound African allies to completely ditch their traditional western partners, there was evident concern about the timing of President Kenyatta’s US trip just before the FOCAC Summit.

This is significant because this is the first FOCAC gathering since President Trump started imposing tariffs on Chinese products entering the US, triggering a cycle of retaliatory tariffs and the threat of full-blown trade wars.

Apart from China, an established foe and rival, the Trump administration has extended trade penalties on key allies in both economic and political spheres, including neighbouring Canada and a host of European countries.

FOCAC is usually a routine gathering focused on cementing China-Africa links, but the forthcoming summit will naturally become an extension of the Chinese fightback against American trade sanctions.

China has already launched a global offensive to counter the US. Ambassador Sun hosted a rare press briefing in Nairobi towards the end of July on Friday to respond to the growing number of controversies around Chinese activities in Kenya, but a key point of the agenda was global issues on the trade wars with the US.

The Embassy’s Commercial and Economic counsellor, Dr Guo Ce, talked at length on the escalating trade war with the US, touting China’s credentials as a champion of free trade, a faithful observer on World Trade Organisation rules and other international agreements, including environmental protection measures such as the Paris Climate accord that the US is reneging on.

That is the new China as a leader on free trade, globalisation, multilateralism and the United Nations Summit that they will be keen to project to their FOCAC guests.

So it is likely that other than just focusing on China-Africa issues, the Summit will be steered towards expressing solidarity with China on its tiffs with Washington.

That explains why China has been assiduously wooing and cultivating African leaders to win support and secure a record attendance in Beijing.

The media tours are designed to showcase China’s emergence as an economic superpower and key supporter of African development.

o that end, the delegates found a China that is also keen to listen and learn how best to manage relations, not just with African governments and officialdom, but also with the African people who have negative perceptions of the ‘newcomers’.

China officials are attuned to blaming domination of western media — Reuters, AP, AFP, BBC etc — for bad press in Africa. They are puzzled that their own investments in media, such as CCTV, CGTN, China Daily Africa, the massive Xinhua News Agency and Star Times digital TV, are not yet paying off in terms of helping change negative perceptions.

One thing they learnt from the media tour is that instead of blaming western media, they should focus on re-tuning their Africa media outlets by providing news and entertainment that resonate with the intended audiences.

But the visit also provided eye-opening encounters that could, for some time, provide captivating stories of much relevance to Africa.

In China’s ‘poor’ Inner Mongolia Autonomous Region, for instance, the Kenya team toured an impressive desert reclamation project where supposedly sterile desert sand is inch-by-inch being made fertile enough to support crops. Such a project would surely revolutionise agriculture in Kenya’s arid and semi-arid lands.

The team also visited a vast network of underground tunnels in one city used for power lines, water and sewage pipes, and telecommunications cables. The instant reaction was how Nairobi badly needs such a system to avoid the nuisance of Kenya Power, Nairobi Water, Safaricom, Faiba, Telkom and other utilities and service providers forever digging up trenches to install their own pipes and cables.

The media team saw that beyond the massive government infrastructure projects or the reputation for cheap consumer products, there is a lot more to pick from China. Whether in manufacturing, agriculture, city planning, environmental conservation, poverty alleviation, traffic management, commuter transport systems, the list is endless on what Africa can buy, borrow or adapt from China.

President Kenyatta and other African leaders should probably be heading to Beijing with that kind of focus, but chances are they will be steered towards the bigger picture of global power relations when sometimes it is the small things that matter.

SOMALIA: BAD URBANIZATION IN THE ERA OF CLIMATE CHANGE