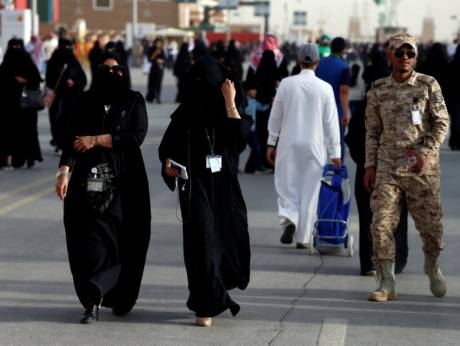 RIYADH: Saudi Arabia has suspended scholarships to Canada and will relocate students already there, state media said Monday, after the kingdom abruptly cut ties with Ottawa over criticism of its jailing of rights activists.

The government was also putting together an “urgent plan” to transfer students and interns already in Canada to other countries, it said.

Abu Dhabi: The UAE has voiced its complete solidarity with Riyadh in facing any foreign interference related to violating Saudi Arabia’s sovereignty.

In a statement issued on Monday by the Ministry of Foreign Affairs and International Cooperation, the UAE expressed its utmost denunciation of any interference in any of Saudi Arabia’s domestic affairs, and said that it completely supports measures and policies adopted by Saudi Arabia’s government.

The ministry stressed the importance of respecting customs and charters that govern relations between nations that are based on respecting sovereignty and not interfering in the internal affairs of other countries.

Envoy asked to leave in 24 hours

The kingdom early Monday gave Canada’s envoy Dennis Horak 24 hours to leave the country, in an abrupt rupture of relations over what Riyadh slammed as “interference” in its internal affairs.

The decision came after Canada demanded the immediate release of human rights activists detained in a new crackdown, including the sister of jailed blogger Raif Badawi.

Ottawa said it was “seriously concerned” and was seeking “greater clarity” on the move, which was announced on Twitter by the Saudi foreign ministry.

More than 8,000 students from Saudi Arabia are enrolled in programmes in Canada, according to figures released by the official Saudi Press Agency in 2017.

These students, many of them studying medicine, are accompanied by more than 6,400 dependents.