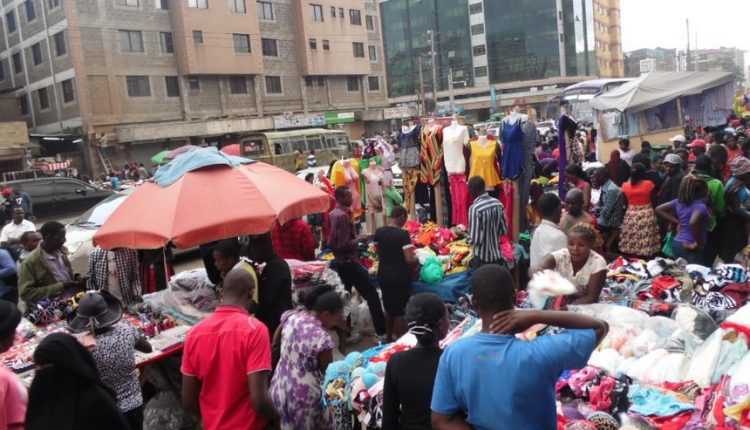 A group of Eastleigh businessmen have complained of hawkers’ harassment and extortion.

The group led by businessman Ali Mohammed said some hawkers have been harassing them and have built their stalls right outside their premises.

Ali is a private developer linked to the alleged “grabbed” Eastleigh hawkers market.

The stalls in contention are along the contested Eastleigh Hawkers market land.

He said the hawkers have been using different government agencies to harass them yet they stopped construction on the contested piece of land more than three years ago.

He alleged business rivals from the Somali community have been sponsoring the hawkers to harass him and his associates.

After the market was taken over by a private developer, the hawkers held persistent demonstrations during Governor Evans Kideros regime.

This forced the Ombudsman to intervene.

In 2015 October, National Land Commission chairman Muhammad Swazuri wrote to the developers, saying the land should be reverted to the public.

“As per information and records availed to us, the land reverted to the public in 2008,” Swazuri said.

Despite his letter, the developers had continued with construction.

However, Ali and his group stopped the construction latter.

The matter is still in court.

Businessman Bernard Ndung’u said the fight over the one-acre started in 1992 when stalls were demolished.

He said the fight persisted throughout the 90s and for the last 10 years, there has been a protracted court battle.

“The developers demolished our stalls and with the help of police officers started excavations. We have been fighting but they seem to have a lot of money and have always had their way,” Ndung’u said.