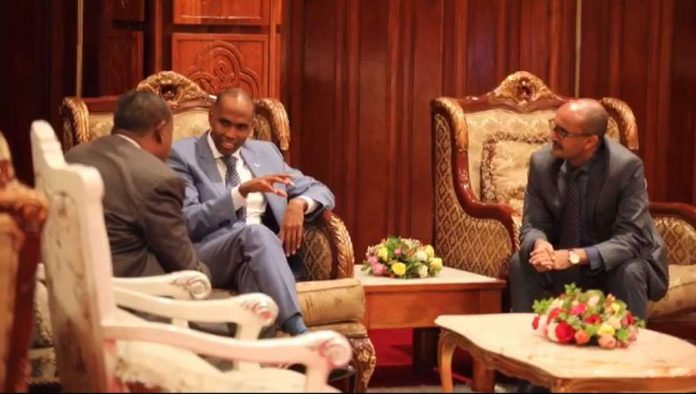 A high delegation led by the Prime Minister on Friday evening arrived in Addis Ababa where they were welcomed by Ethiopian leaders including the country’s PM.

Ethiopian officials who spoke to media said Somali Prime Minister will be staying in Addis Ababa for a two-day official visit.

This will be the first tour, a Somali leader pays to Ethiopia since April when Prime Minister Abiye Ahmed assumed office.

Mid last year, Kheire secured the release of 114 Somali nationals from Ethiopian jail after he held talks with the then his Ethiopian counterpart, Hailemariam Desalegn, on the sidelines of the recent 29th African Union Heads of States summit in the Ethiopian capital, Addis Ababa.

Ethiopia had sent hundreds of its troops to help Somali government in the fight against Al-Shabab.

The troops currently operate under the framework of African Union Mission in Somalia.

How Ethiopian Americans changed US policy on their homeland.