What ever happened to Somalia? 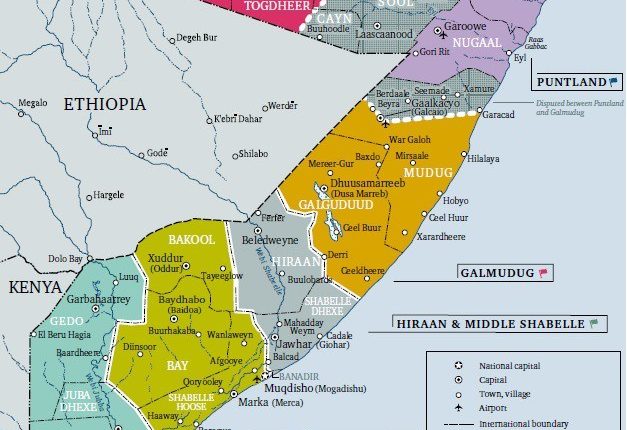 Somalia, the first country to be internationally labeled and recognized as a failed state, becoming in fact synonymous with the very notion of a failed state according to most international indices, has dropped out of the news as if it no longer exists. However, the characterization  of “Somalization” has spread to many more countries in recent decades, including many countries in our region.

Reviewing and reminding people of the lessons of Somalia, however, is a worthy endeavor these days, especially for those who are concerned with failed states and how they failed, as well as the role played by internal dynamics and foreign interventions. It is also worthwhile to look at Somalia today and how it is slowly emerging from close to 30 years of wars and chaos.

Created in 1960, when British and Italian Somaliland merged, the newly emergent United Republic of Somalia was able to maintain a democratic government for just nine years until a 1969 military coup toppled it. Similar to other countries during the tumultuous political movements driven by Cold War politicking of that period, Somalia became a socialist state, ruled by Major General Mohammed Siad Barre. The government subsequently embarked on ambitious public works programs, literacy campaigns and the nationalization of resources and industry. At the time, Somalia’s foreign policy emphasized links to the Arab world rather than aligning with either the United States or the Soviet Union during the Cold War. By 1974, Somalia was a member of the Arab League.

The Somali government moved steadily toward becoming a one-party communist state and recipient of aid from the Soviet Union. Then, in 1977, Somalia invaded Ethiopia in order to incorporate parts of the Horn of Africa region into a “Greater Somalia,” and the Soviet Union ceased its support of Somalia, choosing instead to defend the communist government of Ethiopia. It is not far-fetched to speculate that much of present-day Ethiopian ire towards Somalia stems from this conflict. Somali forces were initially victorious until a Soviet-Cuban effort pushed them back. In search of new allies, Siad Barre turned to the United States. This game of playing one Cold War belligerent against the other culminated in the alarming fact that Somalia, at one point, had the largest army in Africa.

The failures and losses in the Ogaden War, coupled with increasing disillusionment with the economic hardships under dictatorial rule, made Siad Barre’s government unpopular. Much like the dictators of that age, Siad Barre resorted to more authoritarianism. The final straw was the end of the Cold War and Somalia’s subsequent decline in strategic importance as one half of the entry/exit point to the Gulf of Aden, which was vital for Suez Canal maritime and naval traffic to and from the rest of the Middle East, Asia and Oceania. By 1990, the government began to prohibit gatherings amidst public woes based on fuel shortages, power outages, runaway inflation, worthless currency, exchange controls and disappearances of political dissidents.

Reviewing and reminding people of the lessons of Somalia, however, is a worthy endeavor these days, especially for those who are concerned with failed states and how they failed.

In 1991, civil war broke out as opposition groups backed by Ethiopia and Libya united against Siad Barre’s government. Immediately, the country split into two, with the north (formerly British protectorate) declaring independence, although no foreign government recognized it. In the south, various groups competed intensely to fill the power vacuum left by Siad Barre’s exit. So fierce were the rivalries that multiple conferences and agreements meant to restore order and bring about reconciliation simply failed.

The lack of a central authority and stable government infrastructure, as well as the violent clashes between various warlords and clans who were responsible for the deaths of thousands of civilians, led to Somalia’s characterization as a failed state. As usual, the United Nations sent missions and delegations to help end the civil war. And also as usual, the efforts of the United Nations ended in failure. By 1995, seeing no prospect of a return to the rule of law, the UN peacekeepers departed and Somalia was left to tend to its own affairs. This isolation led to a game of political musical chairs that brought a dizzying 14 governments to power between 1991 and 2010.

From October 2010 until June 2011, a newly appointed Prime Minister, Mohamed Abdullahi Mohamed, named a cabinet and led efforts to restore critical infrastructure necessary for Somalia’s transition to a stable, hopefully democratic, country. Part of his successes involved the expansion of a constitutional commission intended to provide input from lawyers, scholars and cultural experts. His government also deployed delegations to several regions within the country to deal with tensions between various clans. The government also made significant headway in terms of transparency. Cabinet ministers disclosed assets and committed to ethics codes, and an anti-corruption commission was established to monitor government officials and their decisions. This government also managed to take control of the capital, Mogadishu, in August 2011, and later that year, Somali and Kenyan forces engaged Al-Shabaab radical insurgents in southern Somalia, capturing Kismayo, the group’s main base of operation in September 2012.

Perhaps it was these positive changes that rekindled optimism in a successful transition by Somalis to a stable democracy. In August 2012, Somalia inaugurated its Federal Parliament and in the same month established the Federal Government of Somalia, the first permanent central authority since the 1991 Civil War. Two years later, Somalia dropped a spot to take second place in the Fragile States Index. Other diplomats and stakeholders now see Somalia as a “fragile state making progress towards permanent stability.”

Somalia is still today, however, far from being fully stable and needs a lot of help. It offers, however, great lessons on the internal and external dynamics that cause countries to fail and how genuine reconciliation and transparency in government can help restore social and political trust, which is the most fundamental factor in the very survival of a country and the best security against fragility.

We don’t need your permission: Russia responds to US condemnation of Crimean Bridge