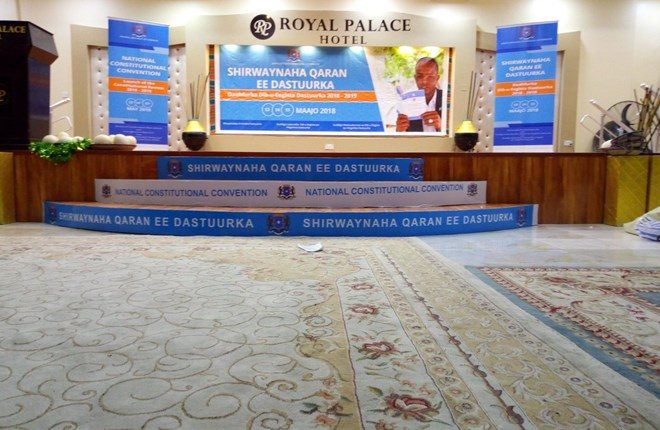 Mogadishu (HOL) – Over 350 citizens from a wide array of backgrounds converged in Mogadishu on Sunday for the launch of the National Constitutional Convention.

Representatives from the Federal Member States, civil society and private citizens will take part in the constitutional review process in the hopes of producing a new constitution.

However, the absence of Jubaland at the national convention has cast a shadow over the event.

Jubaland’s Minister of Justice Constitutional and Religious Affairs, Aden Ibrahim Aw. Hirsi announced on Friday that Jubaland will not attend the conference.

The new Somali constitution will define how Somalia will be governed post-2020 and will supersede the interim constitution that was ratified in 2012.

The National Constitutional Convention will be going on from May 13 through the 15th.